Initially, I was not going to write anything regarding Black History Month.  I mean… I know I am black.  I wake up every morning in this skin, and more importantly, I am proud of and love the skin I am in.  I love being Black, and I do not think everyone is built to live their life as being Black in America.

Usually, Black History is not that big of a deal to me.  I celebrate our history all year, not just in February.  But this year, Black History Month has been tainted with significant news coverage regarding my home state, Virginia, and blackface.  But before going into the issues that have dominated the news recently, let us discuss the origins of Black History Month.

How did Black History Month start?

Black History Month started as Negro Week in 1926and was created by Carter G. Woodson and the Association for the Study of Negro Life and History.  The second week of February was chosen for this because both Abraham Lincoln and Frederick Douglass’s birthdays were during this week.  Initially, the focus of this week was to coordinate the teaching of black history makers within public schools, across the country.  Woodson believed this was vital to ensure the survival (intellectual and physical) of black people within the United States. The first Black History Month celebration took place in 1970 at Kent State University.  In 1976. Black History Month became official within the United States. Click here for more information.

But of course, Black History Month has its critic.  Some argue that we should not have a month of focus and that it should be taught as American history.  Actually, I do agree with this sentiment.  I have always told my friends the following:

However, this sentiment holds true regarding Native American History, Hispanic History, Asian History and so forth.  I also know that in a perfect world, this would not be an issue.  Hopefully, the United States will eventually get to the point that American history is taught truthfully, we will have to deal having designated months. Also, we need to remember that this is not where it ends.  We must take responsibility for ourselves and the next generation and make an effort to learn and teach our history within our households.

So…what is up with Black History Month in 2019?

One the first day of Black History Month, my home state, Virginia, made national headlines.  February 1st, 2019, the first story broke regarding our Governor Ralph Northam.  The controversy stems from a photograph in his medical yearbook (Eastern Virginia Medical School) in 1984.  In this photograph, he either appears in blackface or in a Ku Klux Klan robe.  Click here to read more about this story.

While both revelations are equally side-eye worthy, I think what he stated next a prime example of white privilege (though some may disagree with that statement).  Governor Northam stated that he would not step down and that he would continue to perform the job of governor according to the oath that he took in January 2018.  He believes that he can continue to serve to the best of his ability while hoping to encourage open dialogue regarding racial issues.  However, many across the country, and within our state, are still calling for his resignation.

Then like clockwork, over the next couple of days, more revelations started to surface.  Us Virginians found out that our Attorney General, Mark Herring, also was photographed in blackface.  Then we found out that our Lieutenant Governor, Justin Fairfax, is accused of sexual assault (which deserves its own blog post).  Additionally, it came to light that many colleges in the area had yearbooks with blackface and racists photos that were basically hidden in plain view.

Personally, at this point, I do not know how I feel.  I would be lying if I said that the blackface and racists photos surprised me.  I lived in Richmond all of my life and can remember experiences with racist elementary school teachers in the 1980’s.  Therefore, the uncovering of racists yearbook photos from the colleges in my area are not surprising at all.

So… what exactly is blackface?

Now would probably be a good time to define what is blackface.  Simply put, blackface is a form of entertainment that is based on racial stereotypes relating to Black people.  Typically, a white person will paint their face with burnt cork (or shoe polish) to darken their skin.  After darkening their skin, these actors would paint white or red around their lips to poke fun at the facial features that are generally associated with black people.  After the costume was complete, they would choose to perform, or should I say mock, the intelligence and speech of Black Americans.

Blackface started as minstrel shows. These minstrel shows were the vehicle used to communicate racial stereotypes about black Americans, throughout the world.  From these shows, characters such as “Jim Crow” and “Mammy” were developed.  These characters would showcase black people as being lazy, ignorant, weak and/or being hypersexual (overly obsessed with white women in particular).

These stereotypes were funny to white people.  Additionally, they would use these stereotypes to justify the poor treatments of blacks within this country.  However, these shows were very demeaning and hurtful to black people.  And to this day, we are still fighting the stereotypes that were showcased in characters such as “Jim Crow” and “Mammy.”

Below, I share some of the pictures I took at the National Museum of African American history and Culture (NMAAHC) two years ago.  While the whole museum was amazing and humbling at the same time, this particular exhibit featuring the “Mammy” and “Jim Crow” characters were upsetting.  These pieces and the language surrounding them are infuriating because we, as black people, are so much more than how they wanted to portray us.

So, the question becomes…Why do people still participate in blackface?

I am not too sure if we would ever have the answer to that question. I understand the purpose of this in the early 1900s was to make lower class whites feel better about themselves.  However, I see no reason why this hurtful act should be relevant today.

Recently, CNN published an article referencing a poll from the Pew Research Center.  In this poll, it states that about one-third of Americans think blackface is ok for a Halloween costume.  How ridiculous is this!

This poll goes on to highlight some statistics (based on their research) that I found to be frustrating and unbelievable.  Some of the stats left me wondering if we were really in the year 2019.  Please click here to read that actual study for yourself.

Honestly, I do not even understand why you would have to use blackface for Halloween.  For instance, if you want to dress like Lil Wayne for Halloween, this can be done without committing blackface.  The same goes for any entertainer, athlete or political figure.  Come on, I do not need to paint my face white, so everyone will know that I am Marilyn Monroe for Halloween.  This is ridiculous and, in my eyes, blackface is entirely unacceptable.

Also, why are designers like Gucci, not aware of this issue?  Why do they feel that is acceptable to design clothing that promotes blackface images?  While it is completely unacceptable, it is also inexcusable.  These designers know what they are doing and are proceeding with these producing these designs anyway.  Maybe they feel that controversy sells.  But for me, it just ensures that when I have the money to spend, I will not waste my money on their designs.

How do we deal with the issue of blackface in 2019?

So, as you can tell, it is ironic that we are dealing with this issue during Black History Month.  However, it may actually be a good thing.  If we can start to have meaningful conversations regarding this subject, we can begin to reach the point where we understand each other.  But before we reach that point, three points must be understood.

Blackface is not acceptable.

First, it must be understood that blackface is not acceptable.  It is not acceptable in any form.  These are not images that need to appear in our clothing or our entertainment.    It is also not something that can be used at your disposal as part of your Halloween costume.

The history of blackface must be told correctly.

Second, we must ensure that the history behind blackface is told correctly.  People must understand that these are cruel images.  These images are part of our complicated history in this country, and they must be discussed in the proper context.

Blackface is not a joke

Third, we need to understand that blackface is not a joke.  These images were used to portray stereotypes that we are still fighting.  Therefore, it is not ok to use blackface as part of your Halloween costume. I really do not unde3rstand why we still have to say this in 2019.

However, with everything that was just stated, we must know that we cannot change our opinions immediately.  Just like it took generations to build these stereotypes it will take generations to dismantle them. I believe that the only way to start getting past this is by having an open and honest dialogue.  With these dialogues, we can ensure that the history of blackface is presented correctly while ensuring that future generations know why this is not acceptable today.

What do you think? Please feel free to leave your thoughts below. 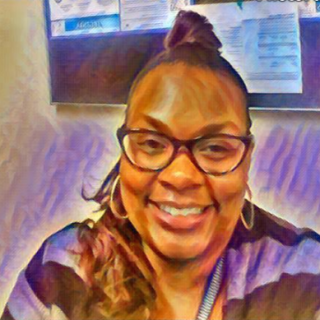